A tale about some of the world’s finest wines told in the most beautiful of ways.

As a self-confessed Pinot Noir addict (and with my growing enamour for well-made oaked Chardonnays) you might think I sought out David Kennard’s documentary A Year in Burgundy with purpose. Unfortunately, the site of the documentary on Amazon Prime made me feel a little glum. I was looking for some exciting wine show, akin to ITV’s The Wine Show that I enjoyed so much last year and everything I’ve seen since has either been boring or dated. Thank goodness I gave Kennard’s Burgundy tale a go.

This wonderful documentary is a must-see for any wine lover. Instead of feeling like a snobby lecture, Kennard helps you fall into the romance of Burgundy. We meet seven winemakers, mostly from highly distinguished domaines, through the eyes of Martine Saunier. Saunier, who was born in Paris, moved to California and started importing some of the finest French wines especially from Burgundy. Kennard tells us that today Saunier still visits her winemakers in Burgundy around three times per year, tasting and observing the wines through the whole process. Saunier was also the first woman in 1979 to establish a wine importing company in the United States.

In A Year in Burgundy, we’re taken through the 2011 vintage and its struggles with early heat and drought during Spring ripening and fruitset. We follow winemakers from Maconnais in the south to Côte de Nuits in the north, including the Queen of Burgundy Madame Lalou Bize-Leroy of the Domaine Leroy (formerly of Domaine de la Romanée-Conti). Bize-Leroy is of Burgundy legend and her Grand Cru bottles can sell for up to tens of thousand of dollars each. She is also a big supporter of Biodynamic viticulture and practises it across her vineyards.

Many of the Burgundian winemakers have owned their estates for generations, passing on their expertise to their sons and daughters. Kennard uses this family element, one so ingrained in Burgundy’s culture, to tell the story of Burgundy with love and compassion. We’re invited into their homes, their parties and their stories. While the education of wine, viticulture and history run throughout this film, it’s Kennard’s visual relationship with the winemakers – very likely helped along by Saunier, who has known some of the families in the film for 40 years or through 5 generations – that makes this documentary as beautiful as it is.

Going beyond wine the documentary manages to encapsulate the history, culture, family and love in Burgundy in to a visually-gorgeous 1 and a half hour run time. Almost effortlessly, A Year in Burgundy‘s storytelling justifies Burgundy’s place as the finest wine region on earth. If nothing else, this film will make you long for a taste of the Burgundy’s rare Premier and Grand Crus, with a glimpse over the shoulder to Bordeaux, which looks little more than cold and grey in comparison.

A Year in Burgundy: Trailer from InCA Productions on Vimeo. 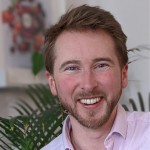