Are we Mád? Tokaj’s best known vineyards reinvent their legend 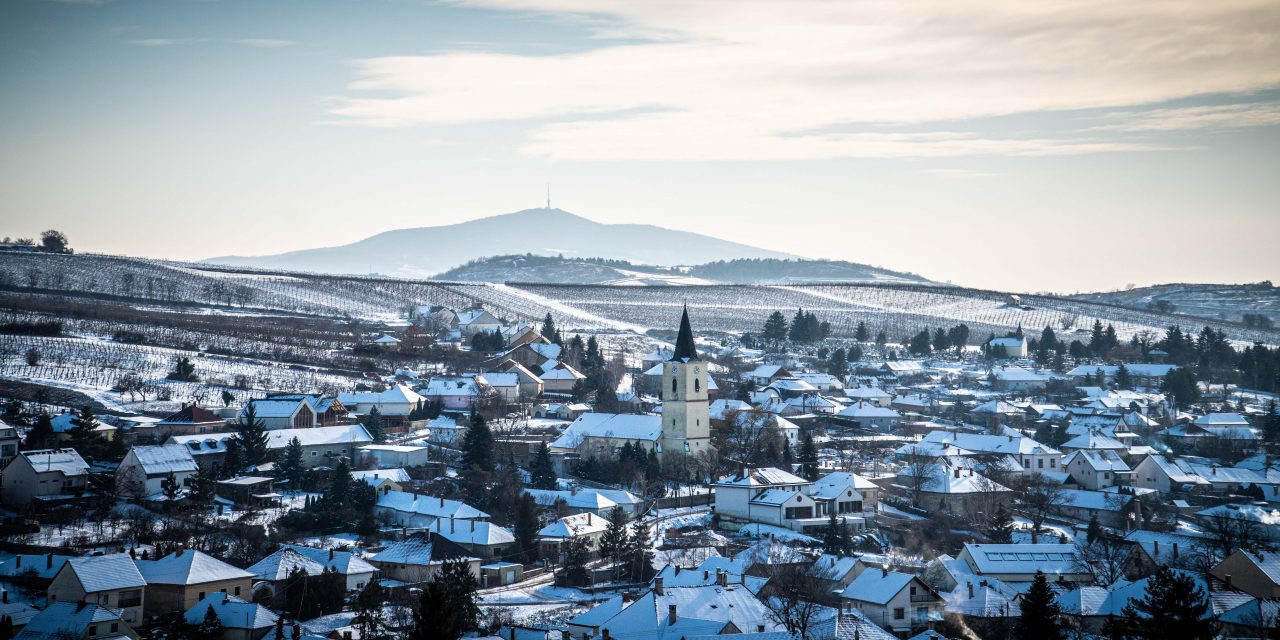 Tokaj, Hungary’s most renowned and historic wine region, is one of the world’s oldest protected designations of origin and a UNESCO World Heritage site. Throughout its history, Tokaj was best known for its sweet wines, but in the last 21 years, winemakers have switched tactics. Today they are well on their way to producing some of central Europe’s finest dry white wines.

Perhaps the finest style of Tokaj wine is aszú. Aszú, a sweet wine made from botrytised grapes, used to be the most expensive wine in the world. Enjoyed by royalty around the globe, the sweet nectar is made from grapes that are naturally susceptible to noble rot thanks to the long warm autumns and the mists that rise from the River Bodrog. Picked berry by berry, it requires painstaking focus and labour, but the drinker is rewarded with a sip of harmonious and heavenly elixir.

As these wines are only made in the very best years (2013, 2017, 2018 and 2019 all being good, recent years), and because Hungarian wines have dropped in value in the last century versus sweet wine regions like the French Sauternes, winemakers have had to adapt to survive and remain commercial in an increasingly competitive global market.

While Tokaj’s winemaking landscape is full of variety and a whopping 5860 hectares of vineyard, it is the sub-region of Mád on its western rolling hills where the dry revolution first caught wind in its sails. Here, two of the main grapes of the famous Aszú wines – Furmint and Hárslevelű – have led a revolution in Tokaj’s legend.

Tokaj’s undisputed father of this dry wine revolution is István Szepsy, who stepped out from Anthony Hwang’s Királyudvar enterprise in 2000. Szepsy was the first to experiment with making a dry wine from Furmint. The vineyard he chose for this experiment was Úrágya, which is today some of the most prized land in Tokaj, and while the style showed promise, Szepsy wasn’t entirely convinced. His next attempt would be in 2003, this time under his own name, and made using fruit from the Szent Tamás vineyard, another first growth cru (J. Matolai, 1732) like Úrágya, sitting on south-west facing slopes and predominantly formed of red clay, zeolite and quartz soils – all of which have high water retention properties.

Focusing on quality, cru-labelled and terroir-focused wines Szepsy made a name for himself, and for the whole Tokaj region, on the world stage. Today his wines command the highest prices and his name is synonymous with quality winemaking. The writer Jancis Robinson MW described Szepsy as a ‘genius’ without hyperbole. 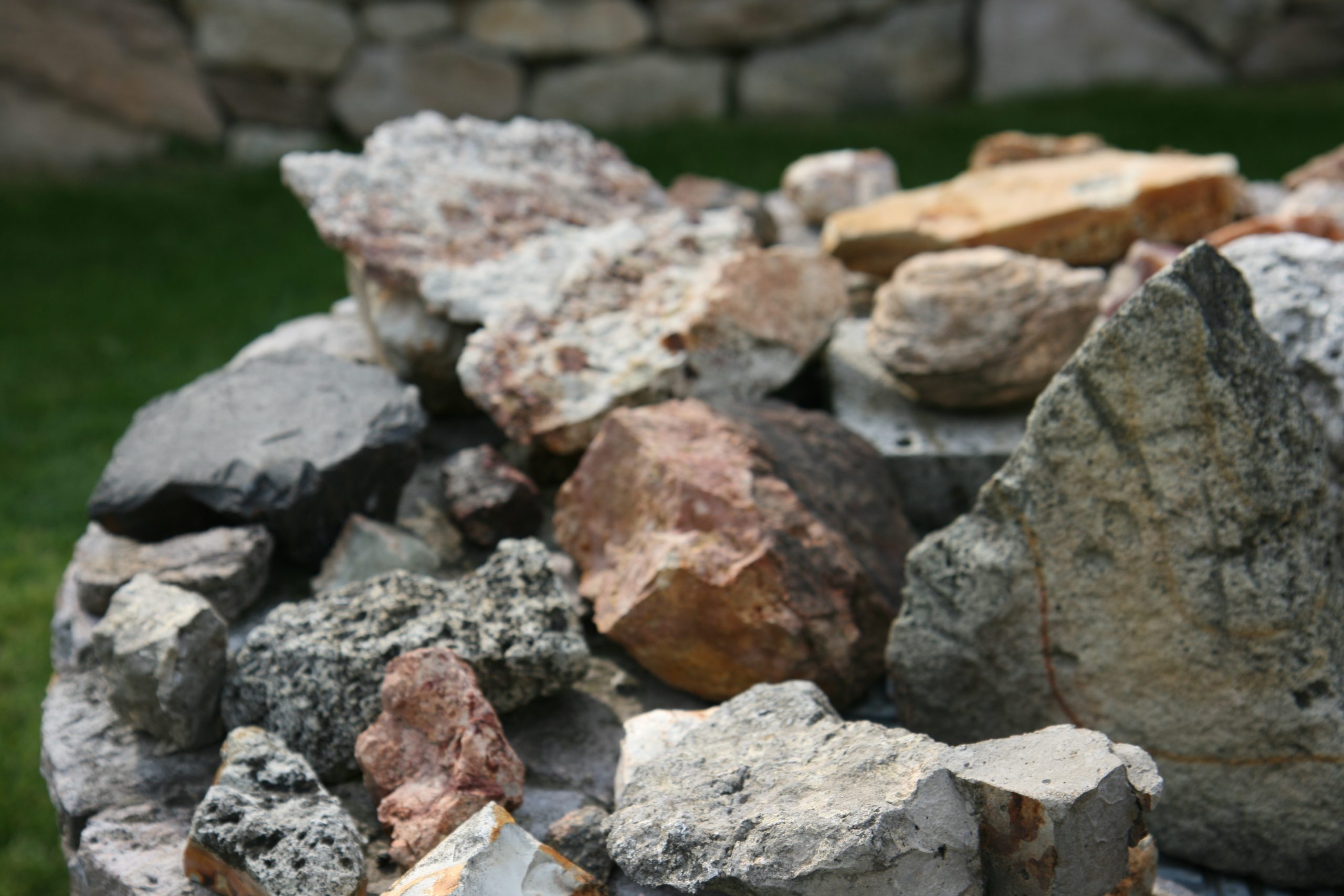 It’s important not to forget that Szepsy had Furmint at his fingertips. This grape variety retains its acidity in Tokaj, even as it develops richness and character. Intense acidity is what makes Aszú sweet wines so special, adding freshness to an otherwise rich and powerful flavour. In much the same way, this acidity is what makes dry Furmint so interesting, especially in a time when consumers are seeking out mineral, electric and zingy styles of white wine.

Curiously Szepsy also shares the same family name as the man who, in the 17th Century, developed the Aszú technique that made Hungarian wine famous. It is seemingly destiny that another Szepsy would breathe renewed life into one of the wine world’s most exciting regions.

Millions of years ago, Tokaj lay under the Pannonian Sea where undersea seismic activity caused formations of volcanic rock. These millennium old soils have created a diverse range of topography throughout Tokaj, with a mix of volcanic rock, loess, clay, rhyolite, andesite, dacite, bentonite, zeolite, kaolin, opal, and obsidian. 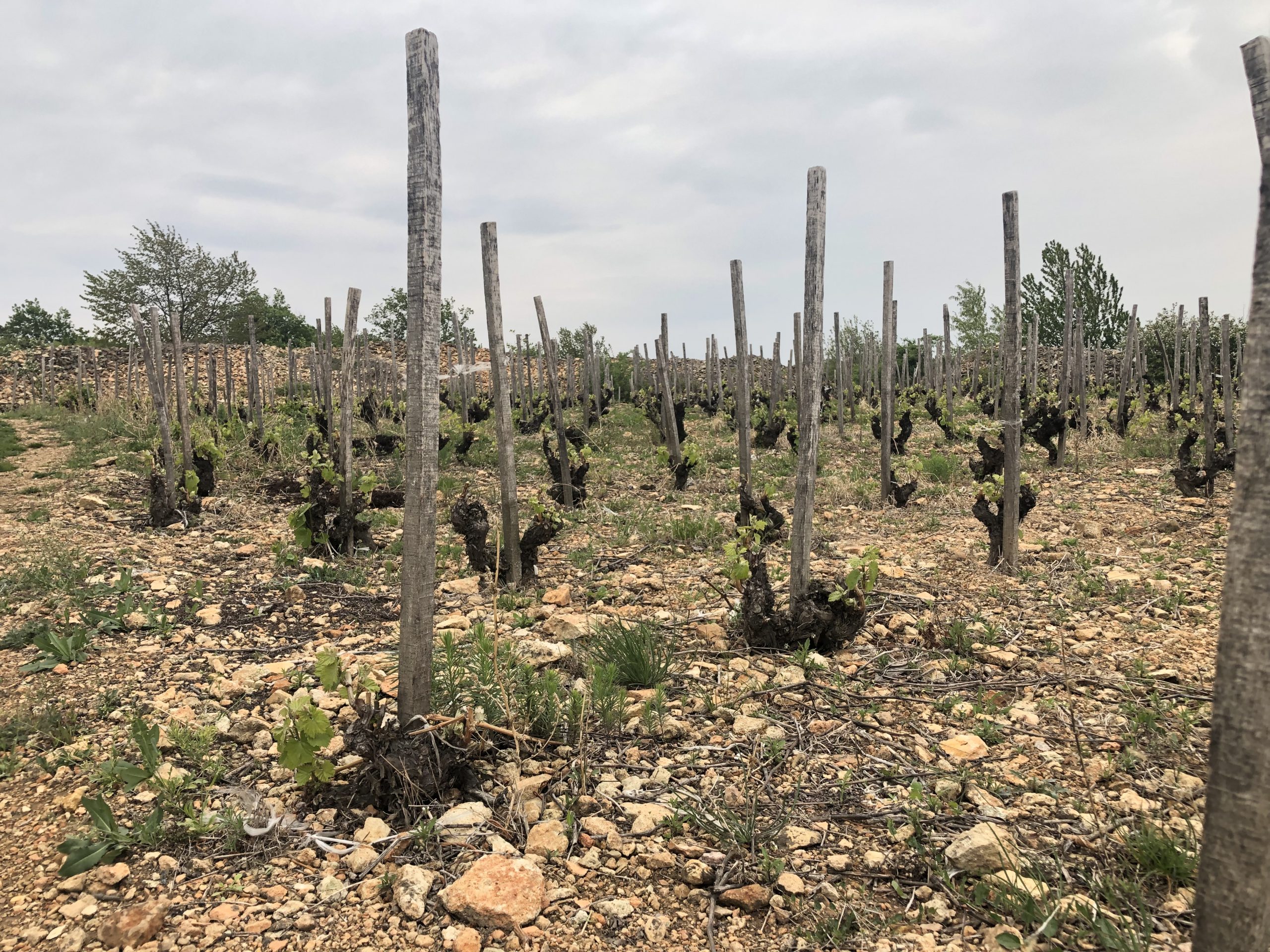 This unique landscape was awarded the world’s first vineyard classification system in 1737, bestowed by royal charter. Mád is the most famous village within the Tokaj appellation, mainly because its home to some of the top vineyards like Úrágya (lord’s bed), Király (king’s hill) and Szent Tamas, and also because it is where Szepsy’s dry wine revolution began. These acclaimed single vineyard (‘dűlő’) wines are often labelled so, and comparisons can be drawn to Burgundy and its desire to evoke quality through terroir.

From the very best vineyards – Úrágya and Király – Szepsy established the legend, but new wave winemakers like Dr Endre Demeter are creating some outstanding expressions today. Demeter, who continues his family’s Demetervin vineyard, has recently celebrated his Úrágya vines’ 100th birthday. These low-yielding vines produce a truly intense, pure expression of Furmint. In fact there is no topsoil here, it is all just loose rock – a testament to how deeply rooted these vines have become over the last hundred years. Demeter, like Szepsy and others, also makes single vineyard expressions from Király, which are herbier, nuttier and racier than the fine, full and plush Úrágya expression. 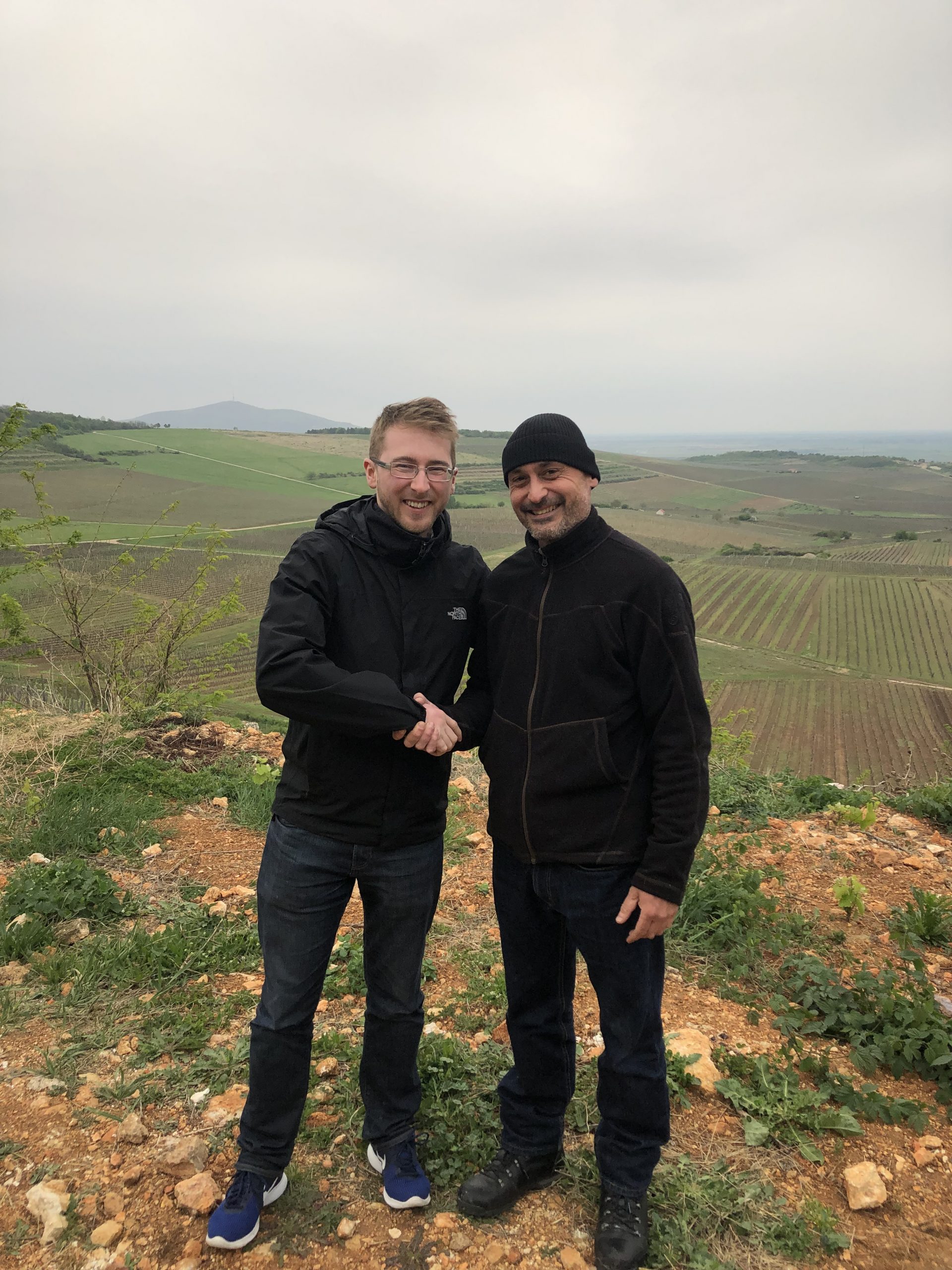 Wines like these from Demeter and Szepsy are ideal for collectors who wish to explore the finest, early styles of dry Furmint. They will undoubtedly be long-lived and exciting to taste as the years move on.

Another outstanding winery is run by sisters Petra and Kata Zsirai, who continue their father’s legacy to revive traditions of quality and contribute to the fame of Hungarian wine. Zsirai produce top flight single vineyard wines that include Tokaji Hárslevelű Szent Tamás, which is hand-picked early from the Szent Tamas hill and matured in Hungarian oak barrels for nine months. This gives the wine a perfumed blossom nose with warming notes, punchy citrus and ripe peach on the palate. Meanwhile, their single vineyard selection from Középhegy portrays a very lean, elegant expression of Furmint with bittersweet quince and bright orchard notes. Its acidity and clarity of flavour will doubtless mean it has potential to age.

The character of the Bomboly single vineyard

Some of the finest, richest Furmint wines I’ve tasted are coming from the Bomboly single vineyard in Mád. This may be the largest protected single vineyard in Tokaj-Hegyalja, but it’s truly remarkable. 40 year old vines grow on colourful, mineral soils and make for particularly intense, characterful Furmint wines. These are often oaked to add even more complexity and soften out some of Furmint’s intense acidity. 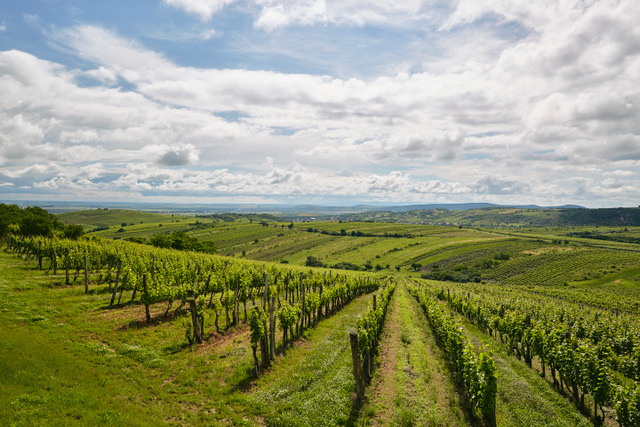 Although I may be a little biased, László Szilágyi is making some outstanding Bomboly Furmint for his Gizella winery. László is a very precise winemaker and always looking to improve, but in the context of market demand. He’s therefore lessened the time in oak over the years, harnessing the piercing green apple and blossom notes of the wine that give the deep notes of peach and spice a racy backbone.

Another exceptional example of Bomboly Furmint is coming from Juliet Victor, albeit far more heavily oaked. Olly Smith, from Three Wine Men, described it as ‘Extraordinary! Spicy with a gingery finish, glossy texture and opulent fruit, it had all the elegance of the world’s iconic white wines.’ It is certainly a rich, viscous Furmint with peach, apple, sweet spice (cinnamon, nutmeg, clove) and a honey, saline finish. The 2017 bagged a Gold in the Decanter World Wine Awards last year. Juliet Victor also produce single vineyard wines from the smaller, highly-regarded Betsek and Király vineyards, among others.

Where to start with dry Tokaj wines from Mád

Furmint and Hárslevelű wines are as versatile as Chardonnay; they are susceptible to their terroir and how a winemaker handles them. These varieties can be as crisp as Chablis and as big and buttery as new world oaked styles. However, if you want to see if they might be the kinds of wines for you, start with pure unoaked examples. 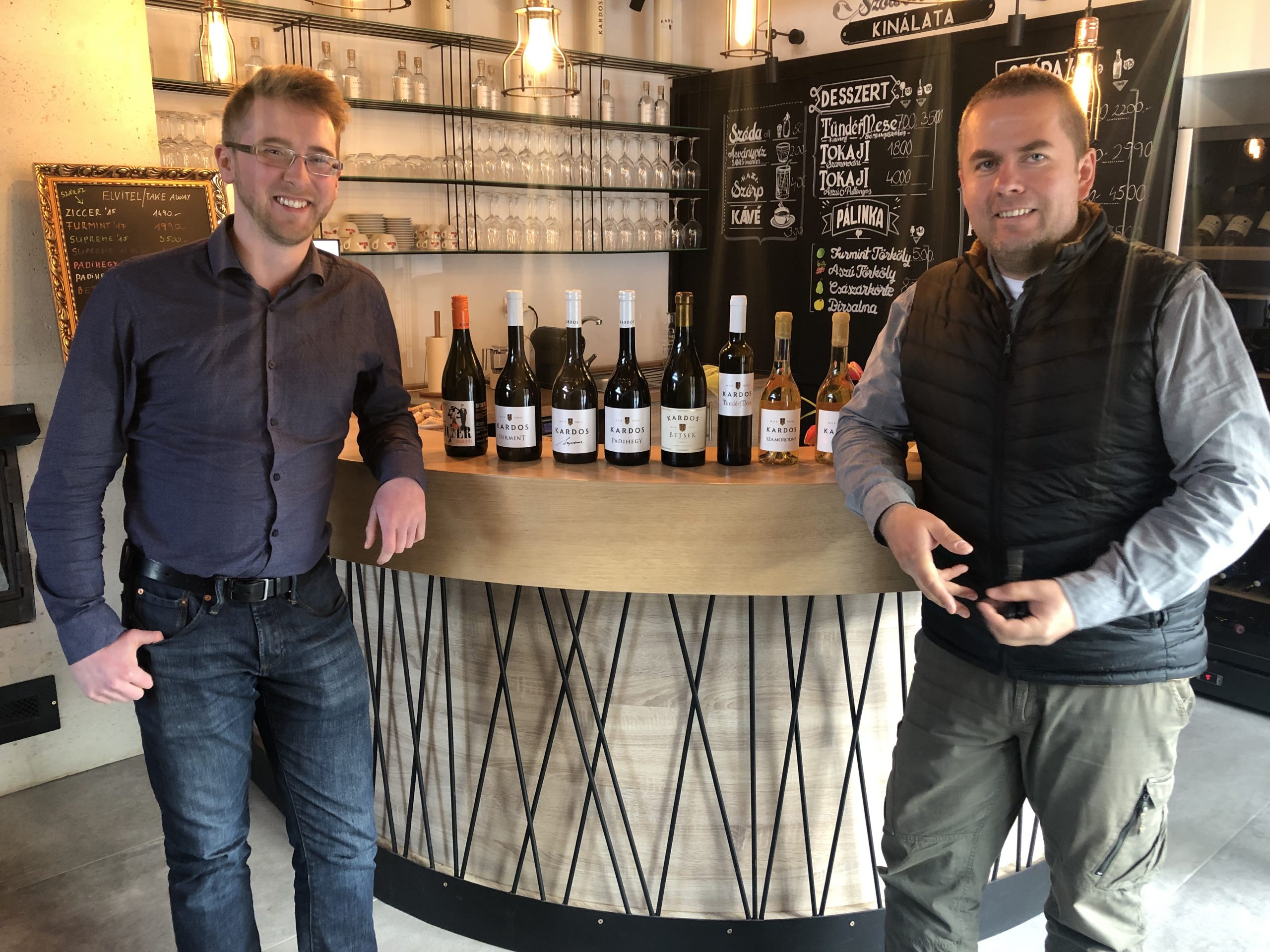 Gabor Kardos is making beautiful Furmint from his estate and is probably the best introduction to the variety. More widely available is Royal Tokaji – founded by the wine writer Hugh Johnson – found with merchants like Majestic and Laithwaites; Royal Tokaji also make Sainsbury’s own label Furmint, full of ripe pear, quince and stone fruits.

The Szent Tamás Mád Tokaji Hárslevelű, under the Mád label made famous by Szepsy’s son Istvan Szepsy Jnr, is a good value introduction to the Hárslevelű variety. Szarka Pince Mád Hárslevelű is also a nice, pure example of the grape – if you can find it in the UK.

Looking to launch your wine or spirits brand in the UK market? Get in touch.

Ben is the Managing Director of Ben Franks Wine. Known for founding the multi-award-winning Novel Wines at the age of 22 and co-founding alt packaging company Canned Wine Co., today Ben helps new wine and spirits brands enter the UK market and reach the customers who matter most. Read more on our Team page. 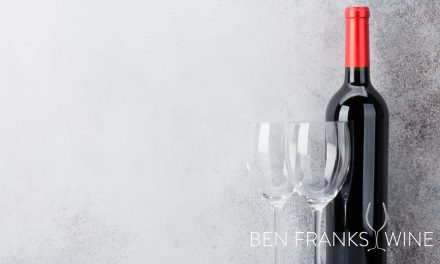 The Wonderful World of Half Bottles

No comments to show.