Sophia Longhi: Nîmes is the cool French wine region for the next generation of wine drinkers

Located at the southern tip of the Rhône Valley, Nîmes is an underrated French wine region often giving UK drinkers exceptional value for money. Their versatility and approachability as young wines make them firm favourites for younger, curious wine drinkers.

In her debut for Ben Franks Wine, Sophia Longhi, the IWSC’s 2022 Emerging Talent in Wine Communication Award winner behind skin+pulp, shares why Nîmes is so special.

Nîmes is a very cool place. At the crossroads of Provence, the Languedoc and the Rhône Valley, it seems to have a personality which is influenced by all three French regions. It has the style and elegance of Provence, the laidback, rustic earthiness of the Languedoc and it has the knowing confidence of the Rhône Valley – the kind that comes from a region famous for its wines. But Nîmes, or its appellation Costières de Nîmes, isn’t famous for its wines, even though it should be. Which, of course, just makes Nîmes even cooler. 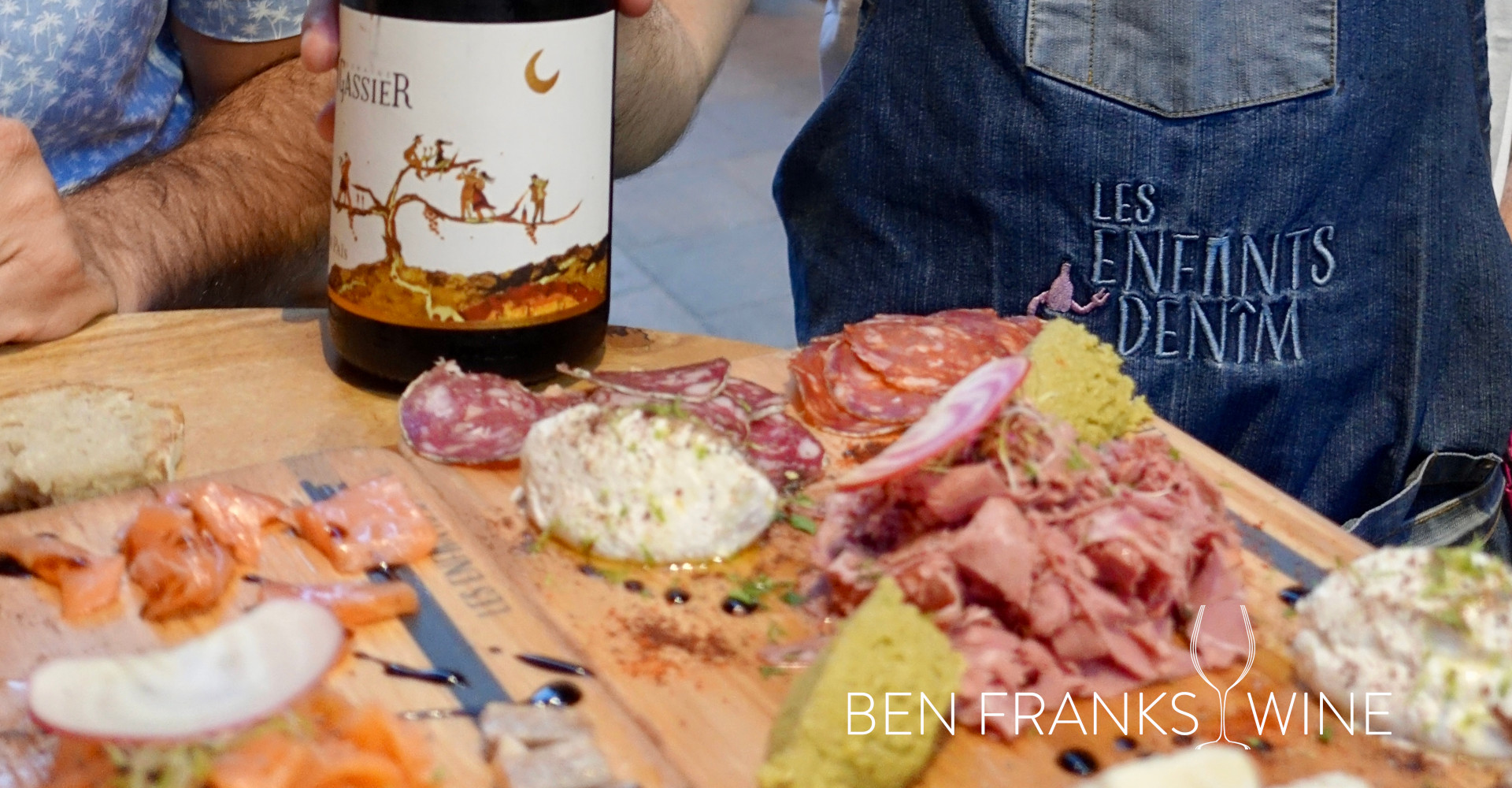 The emblem of Nîmes is a crocodile chained to a palm tree (I mean, can you get any cooler than that?!) and you’ll find it everywhere, from the flagstones in the town square, where you’ll see it worn down and smoothed on old gold studs that decorate them, to the labels on wine bottles. It symbolises the capture of Egypt (represented by the crocodile) by the Romans (in Rome, victory was depicted by a palm tree) in 30BC. If you visit the Hôtel de Ville (Nîmes town hall) look up from the lobby, you’ll even see four 400-year-old stuffed crocodiles hanging from the ceiling.

The link back to the city’s Roman roots never seems far away. As soon as you arrive into Nîmes via train and leave the station, you have a direct view of a Roman tower, the Tour Magne, reminding you that it was the Romans who built this place. It’s home to the best preserved of all Roman amphitheatres in the world, which is still used for shows and performances today, and is also a central point for the community. And, then, there’s the wine. 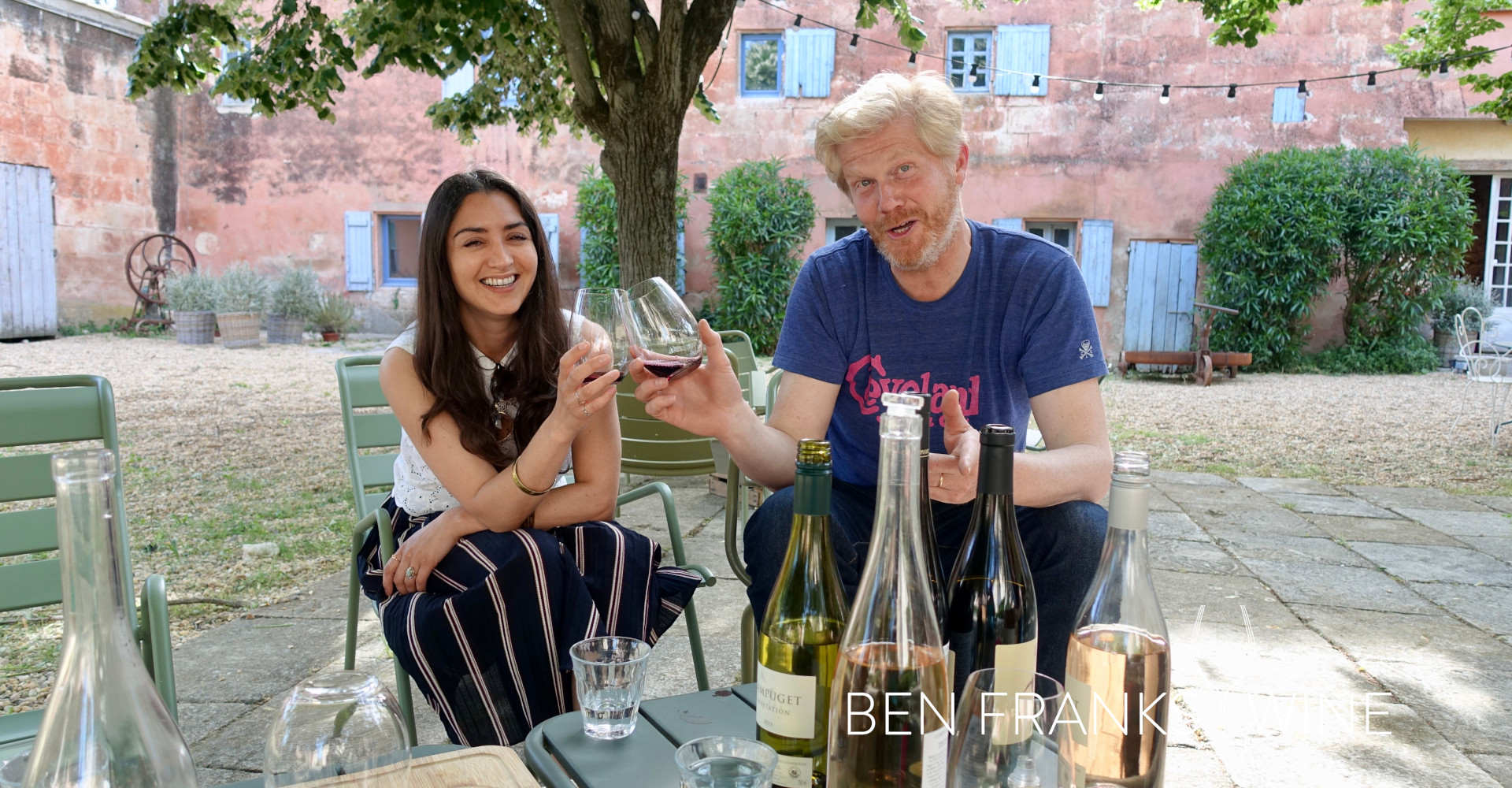 The wines of Nîmes

In the Château Mourgues des Grès vineyards, Roman ruins, coins and fragments of amphorae that contained olive oil and wine were recently unearthed, showing that wine was made and traded in Nîmes 2000 years ago. The Romans recognised the unique terroir of the area: it’s one of the sunniest parts of France, at the southernmost tip of the Rhône Valley, but it is also the coolest in the region as it’s by the coast. In fact, Costières de Nîmes is known as the ‘terroir of two winds’, because it has the breezes coming in from the sea and, for 100 days a year, the harsh Mistral coming down from the Alps to dry out the grapes. The top layer of soil is made up of distinctive rolled pebbles, locally called grés, which were carried down from the Alps at the beginning of the Quaternary Period by the Rhône river (which, 200,000 years ago, was four times the size it is now!). 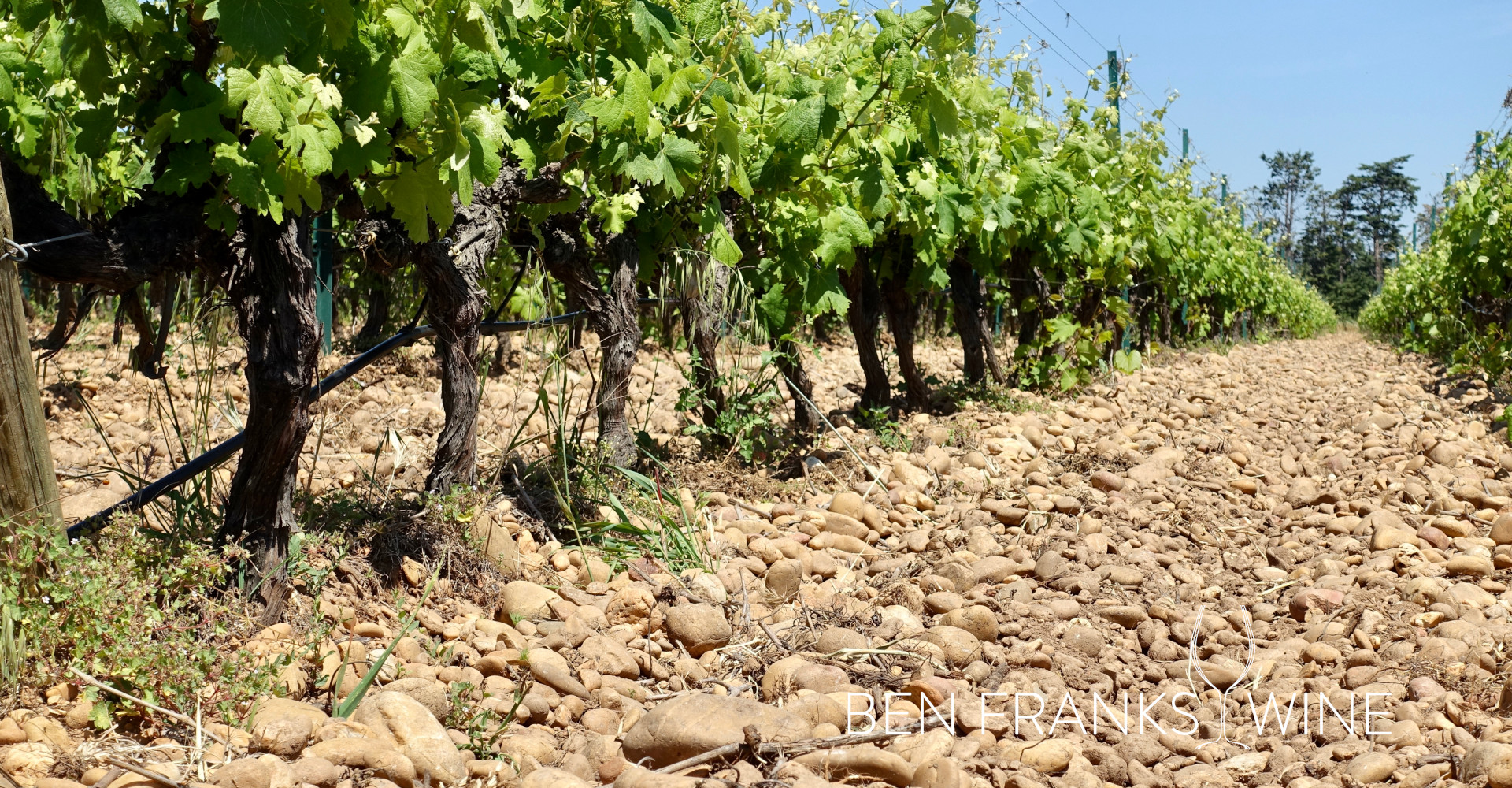 As well as being great for drainage, the rolled pebbles play a key part in ripening the grapes slowly and evenly, as they absorb the heat from the sun and release it very slowly throughout the day. Because of the region’s position by the sea, the night-time temperatures drop sharply, and this wide diurnal temperature range means that the grapes preserve their acidity. The result is wines with intense ripe fruit characteristics and an incredible, defined freshness.

Despite an illustrious winemaking history since the Roman times, quality dipped in the later half of the 20th century after the region was badly hit by phylloxera. Vines were replanted on fertile plains to achieve high yields and by the 1970s, the region was known for the light-bodied, low quality Vin de Pays du Gard. However, as the local demand for higher quality wines increased, stricter standards were put in place and in 1986 the Costières de Nîmes appellation (AOC) was established. 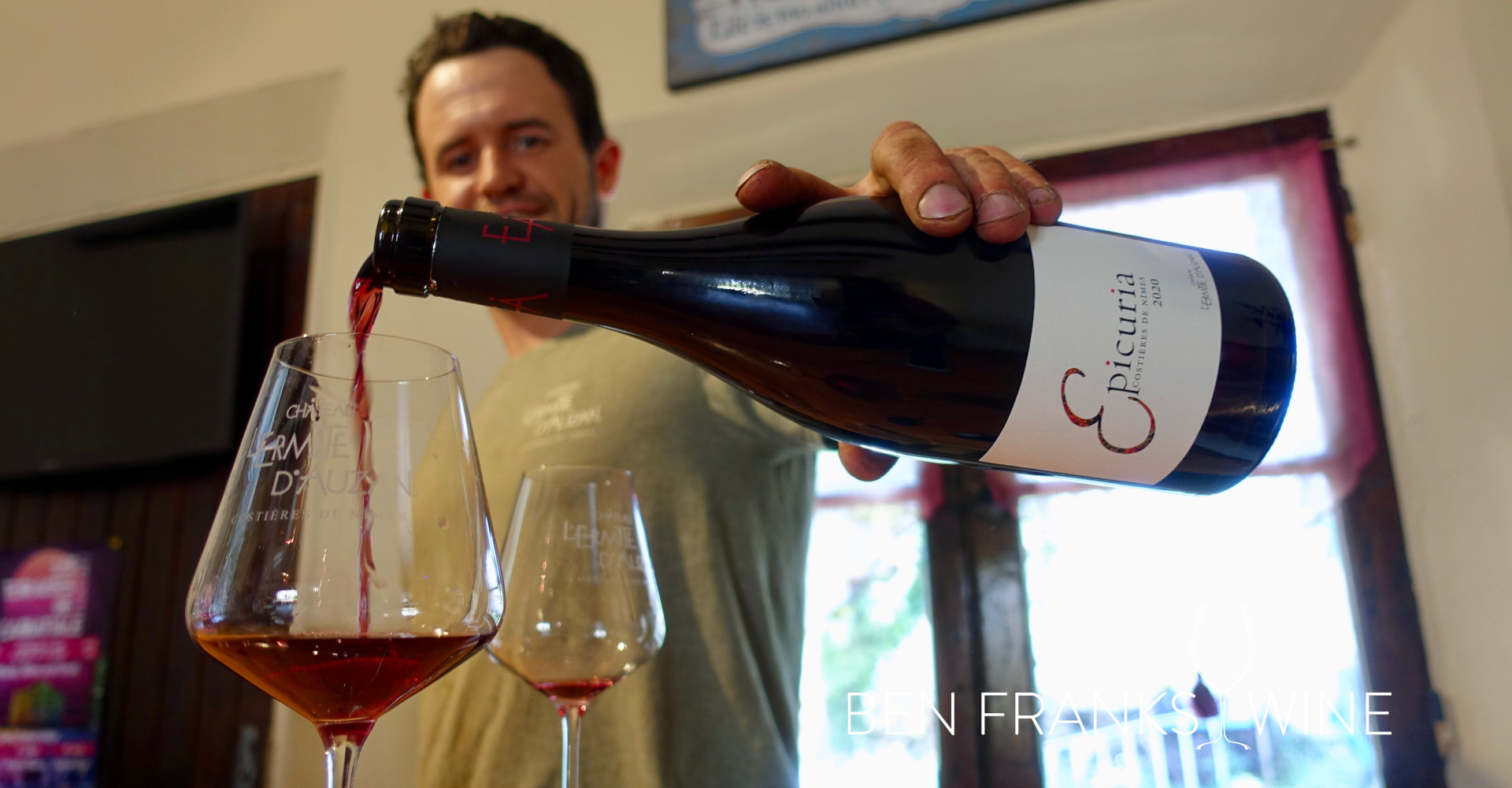 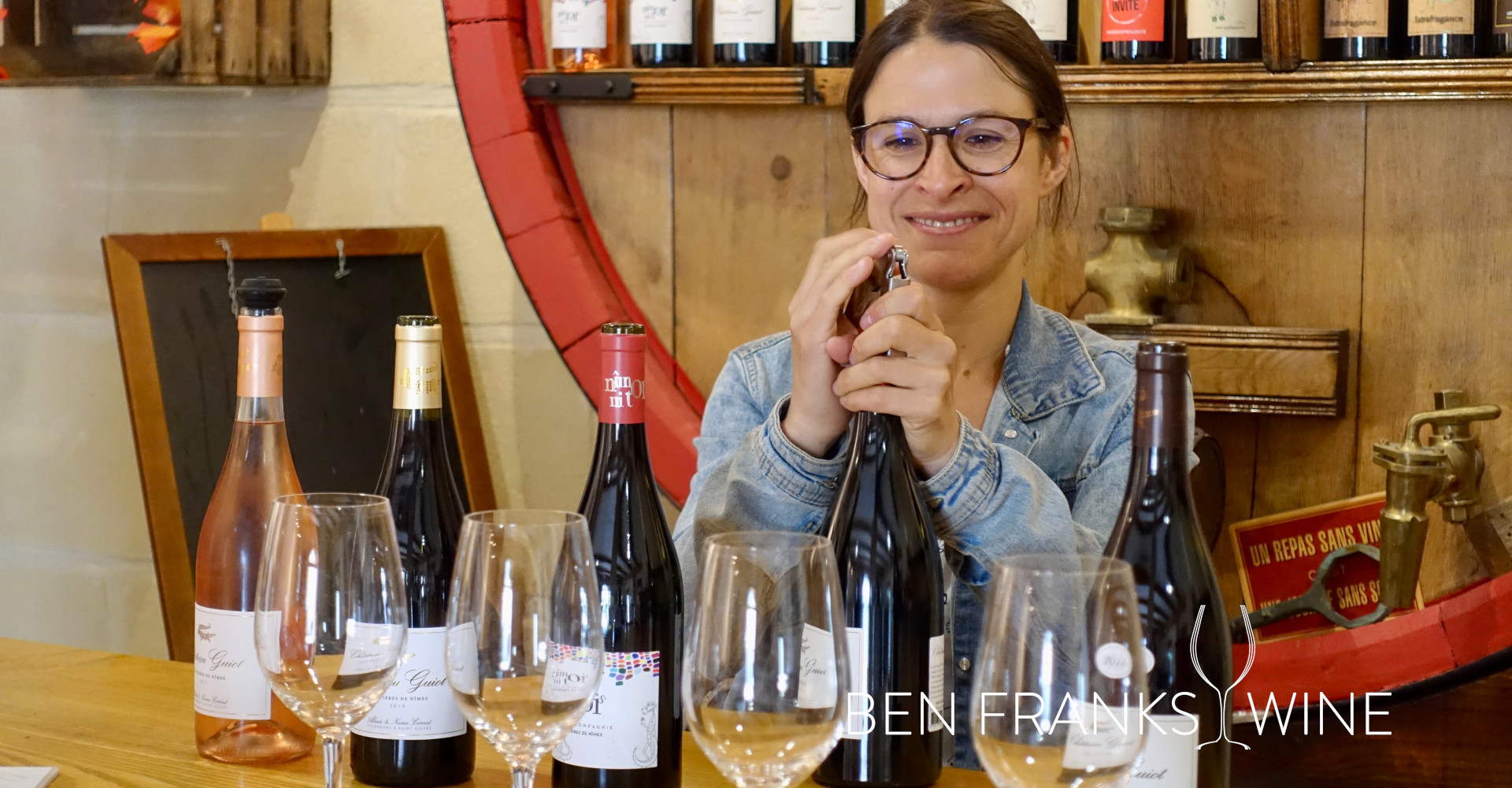 Rich, balanced and complex red wines account for 55 percent of the region’s production; refreshing, saline rosés account for 40 percent, and bright, fruit-forward whites account for 5 percent. These delicious, well-made wines offer incredible value for money for wine lovers in the UK; it’s the Southern Rhône without the famous names upping the digits on the price tag. Younger wine drinkers in the UK are more likely to venture out and try wines with unfamiliar names and these wines deliver on what today’s wine lovers want in spades: versatile wines that have drinkability and are ready to be enjoyed now. Also, because of the incredible climate and the drying winds that whip their way through the vineyards, many wineries in Costières de Nîmes practice organic and biodynamic viticulture, which is kinder to the planet and also to our bodies – something that is becoming increasingly important to UK wine consumers.

If you’re looking at the Southern Rhône, it really doesn’t get any cooler than Nîmes. Literally. 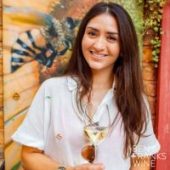 Sophia is the owner of wine blog skin+pulp, winner of the IWSC Emerging Talent in Wine Communication Award 2022 and was named one of Wine GB’s Great British Wine Industry Women of 2021. She is an acclaimed wine writer, wine judge and tastings host. Read more on our Team page. 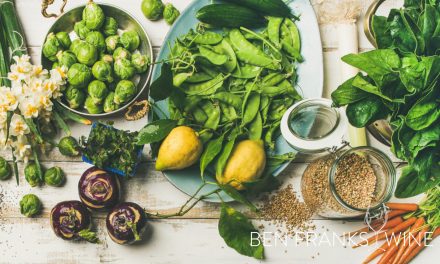 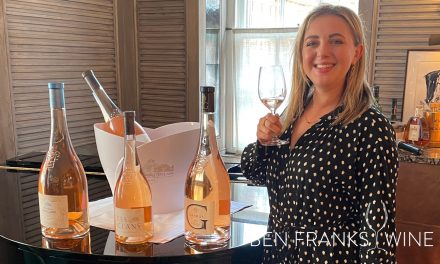 Jessica Summer: Is barrel fermented rosé from Provence an innovation, or a step too far? 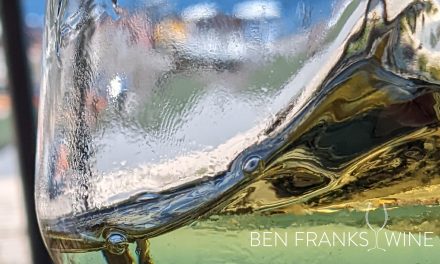 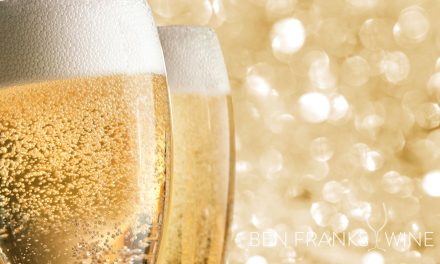 Thank you for subscribing!

Unsubscribe at any time.